This week I started caring for a bunny that needed nutrients.  Not yet weaned and lost without a mommy.

This bunny has been so sweet and receptive to care.

We will continue to love and provide food and care for Honey.

All animals matter.  Babies look to us for trust and care.

Words cannot describe how fortunate we are to provide pet owners with care and comfort for their pets while they’re away.

Sitting with them so they are not alone or boarded is a care and a service that we are proud of.

As a frequent traveler and a fur mom I know how valuable it is to be able to trust and believe that your animals are in good care.

Our house sitting service provides daily upkeep of your home and in-home care for your animals, meeting their needs so you can leave them home and without boarding.

Our goal is to keep your pets in the comfort of their own home while providing reliable, trustworthy, and, professional service.

No board! In home pet care.

This precious baby was rescued into our home December 19, 2014 after being hit by a car on the side of the road.  He was crying bundled in a hoodie right after the accident and having been rescued when I met him. I swaddled him and immediately started to care for him. I brought him inside and put him on a clean towel as he had messed the hoodie he was carried home in.

I wiped him down and cleaned his face which had some blood around the jaw.  He cried in pain when you touched his right arm his body was pretty banged up and he was a little mangled.

His left eye had that googely look to it.  Luckily I was able to help him.

I had an ointment from my cat Elfie, getting a twig in his eye.  I was able to treat his eye, close it and start helping him sooth and rest.

Because I bottle feed Elfie, I had a bottle.  I filled it with some warm water and a small amount of Benadryl, crushed up, he drank the bottle. And began to rest as he was wore out and hurting.

I left and went to the store for kitten formula to feed him and get him nutrients, I also got a bandage, and, pet diapers.

He is so special to me.  He became a great patient.  I was in the middle of a move.  And it was Christmas holidays.  He was named Lotus.

He soon after received great medical care from the CPC, The Care Practice Clinic, of Athens, GA University of Georgia.

He was treated for a left leg amputation the leg he didn’t cry over which was recognizably lame when he started scooting around.

However the right arm he initially did cry over was treated by me, the bandage that I placed around his arm corrected an heir-line fracture.

He was so cooperative and perfect, an amazing patient, even for the vet and his surgery, he would take his (pill) medicine right off the palm of my hand.  He is special and loved.  He was hurt and he knew, he was so appreciative and receiving of our care.

He rested and rested. He’s an angel.

I’m so proud of our team and business!

Lauren, and, I have been working really hard to have the best house and pet-sitting service in town.

We have met some great new friends and have some awesome new clients!

We are super excited to keep building our business!

We do it for the animals!  It’s our pleasure to keep your pets happy and cared for at home while you’re away.

We pride ourselves in being trustworthy and professional.

We look forward to meeting YOU!

I have 2 cats.  Elfie and Lotus.  They are the loves of my life.

They are my babies.  Literally.  Most animal lovers can relate as we refer to them as our fur babies.  Mine are both rescues.  Elfie was bottle feed by me after I rescued him from being stuck in the middle of the street almost too little to crawl.  He meowed a few times, as I was walking into my house almost calling for me. The faintest little meow.  It was late after midnight and dark, I don’t know how he got there.  But because my neighborhood had strays and litters of kittens at almost all times that we feed and helped get shelter, I didn’t think too much of it and my only intention was to get him out of the road and back somewhere safe.  When I picked him up I took a picture of him (baby’s first picture, he was so cute.)  He was little and didn’t weigh much.  My middle finger wrapped around his back and under his arm and landed on his heart, I looked around I saw a cat near some bushes that I thought he must belong to so I went to set him down, the cat hissed and I thought, “no way.”  I never let him go.  I took him into my house and from that moment on he has been one of the greatest joys of my life.  So loyal, so loving, and so unconditional to me.

I kept him warm and safe and made him a little nest on my bed when I woke up in the morning this little 4 week old kitten had snuggled all the way up next to me.

When we woke up he was getting hungry so I wrapped him in a little blanket and took him to pet smart for a bottle and some food.  He grew fast and healthy.  He is by far one of the best things that has ever happened to me.

I became a cat person and cat mom over night.

I look forward to meeting with you and your family. Getting to know your pet, it’s behavior, diet, and, needs. My goal is to keep your animals happy and well cared for while you’re away. And especially out of boarding crates for days. We care about our animals well being and they are our family.  We trust that you feel the same and we want to provide you with at home pet sitting and care.

Classiccitysitters will work with you and your family, making sure we provide the best house sitting and pet care.

Together we will establish what’s best for you while you’re away and your pet is in our care.

Let’s meet to see if we have a House Sitting or Pet Sitting service that meets your needs. 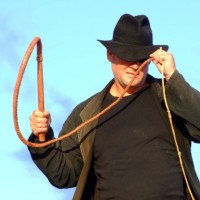 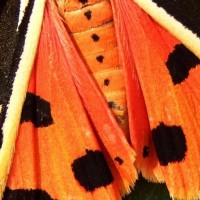 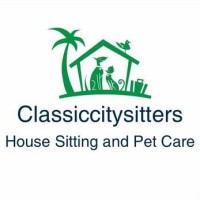 - the literary equivalent of sex with a clown -

Leap Out of the Deep and Sing

This blog is about everything.

This is why I hate intellectuals

zander foster poetry
And Other Poems

Walking where the fallen leaves are still crisp.

A daily selection of the best content published on WordPress, collected for you by humans who love to read.

The Art and Craft of Blogging

The latest news on WordPress.com and the WordPress community.